Kamasi Washington and the Next Step were the featured act at the Jazz at LACMA (Los Angeles County Museum of Art) series a couple of weeks ago and I was lucky to have wandered over that way and stumbled upon such a lively and talent filled performance; with my camera too.

Kamasi Washington is a Los Angeles native jazz saxophonist that I was not familiar with yet. It turned out the show was great entertainment. Dynamic music accompanied by powerful vocals and interspersed with solos by the accomplished band members kept the evening flowing.

Since it started at six, the lighting for the first half was fairly easy. I started with my ISO at 500 and my aperture as wide as it would go;  which with the lens I was using was 5.6f, and a shutter speed of 125. As the sun began to set, I slowly raised my ISO to 800 and then 1250 in order to be able to use a faster shutter speed.
During the intermission, we went to explore the new installation titled Levitated Mass by artist Michael Heizer.

It made headlines around town when the giant boulder was transported from the inland empire to the museum via a huge transporter constructed just for that purpose. The crowds it drew as it slowly made its’ way through the city over the course of several nights  made it a legitimate and literal “rock star”! Now, in its’ new home at the museum it is a fun exhibit to experience. The sun was setting making a beautiful back drop and many people were playing nearby and venturing under it. 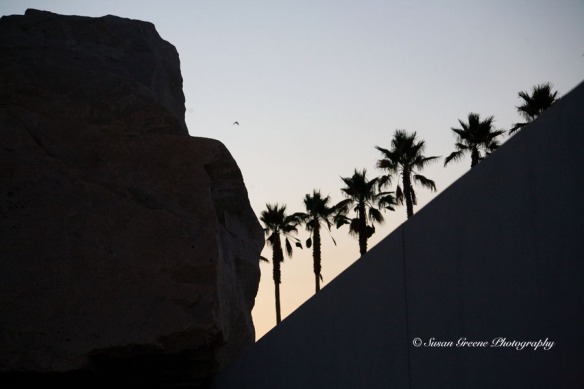 The second half lighting was a little trickier because the sun had set; making it a great deal darker. With my ISO at 3200 and my location closer to the band, I attempted some more shots.

I changed locations and was able to capture the pianist back lit. 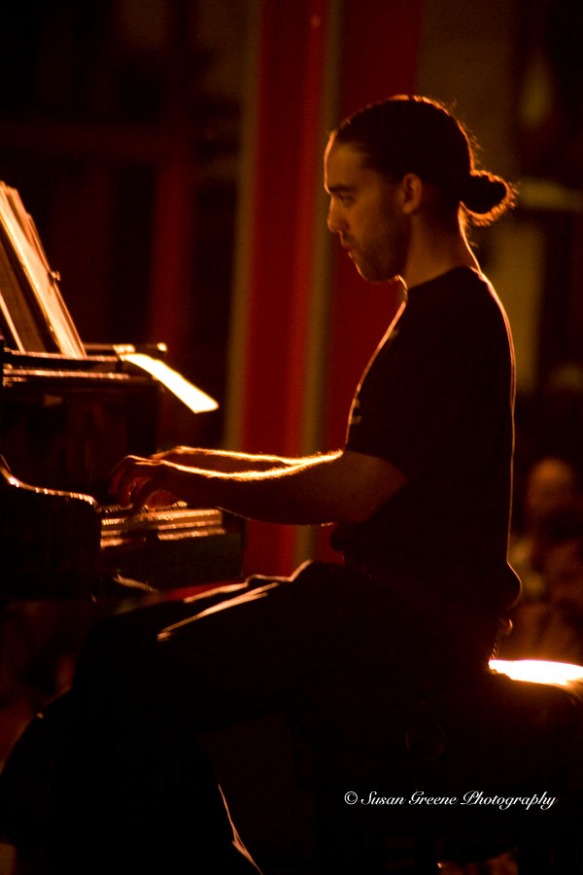 It is a distinct venue with the stage in front of the Urban Light installation and I wanted to express the sense of place the art provides.

Also, the palm trees create a unique scene I was able to capture from up close and down low, looking up at the stage. 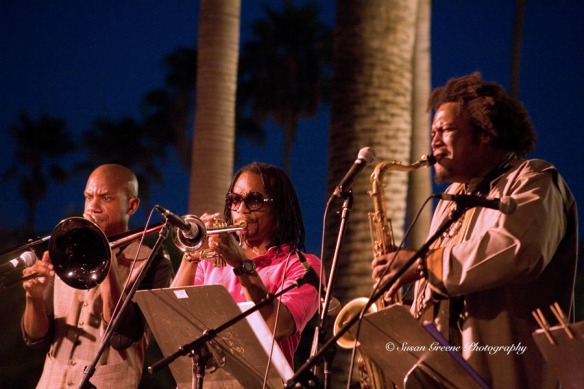 On the way out, I couldn’t resist setting my ISO lower again to 400 and using the Urban Light installation by the artist Chris Burden as my subject.

I’m glad I am now familiar with Kamasi Washington and the Next Step. I enjoyed a delightful evening of jazz, art and photography. For this backyard sister, it doesn’t get much better than that. If you would like to discover what it’s all about, the Jazz at LACMA series will be occurring this Thursday and every Friday through Thanksgiving weekend.