“I can’t believe it’s December! Where has the year gone?” These phrases are uttered often at this time of year.  Personally, I can’t believe we have arrived at our last month of focusing on a photographic term. It seems like only last week we were compiling the list, challenging ourselves to concentrate on one subject a month. Wrapping up this photographic term-of-the-month year will be a closer look into depth of field.

Depth of field refers to the range of distance in an image where objects appear acceptably sharp. Sometimes, a photographer chooses to keep most of an image sharp which is known as deep depth of field. Other times, just a small part of the photo is kept sharp, thus emphasizing the subject by separating it from the background and foreground by making them blurry or indistinct, this is known as shallow depth of field.

One of the main methods of controlling the depth of field is the aperture. The aperture is the opening in the lens which lets light in and can be adjusted, becoming larger or smaller. The larger the aperture, represented by a smaller f-stop number, the shallower the depth of field. This week I am contemplating deeply. Deep depth of field is achieved by using a smaller aperture, a larger f-stop number. The f-stop for the photo above of Griffith Park Observatory on the hill was f/8. In the next photo, the f-stop was 13.

The kite surfers are at varying distances from me yet they are all reasonably sharp. 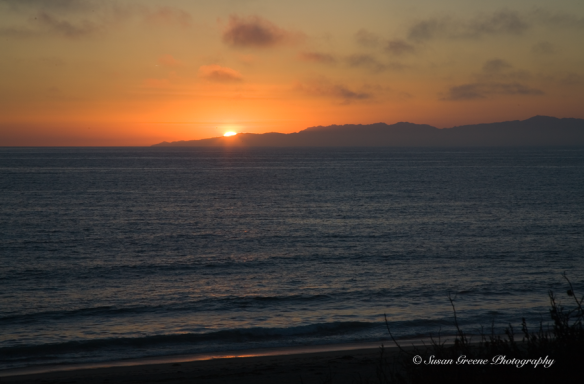 An f-stop of 16 enables the water’s surface to be sharp in the photo above.

It can be beneficial to occasionally sit back, entertain deep thoughts about what you are trying to communicate with your photos and whether the use of a deep or shallow depth of field could be one of the methods of accomplishing your goal.

This week will find me out in the field,