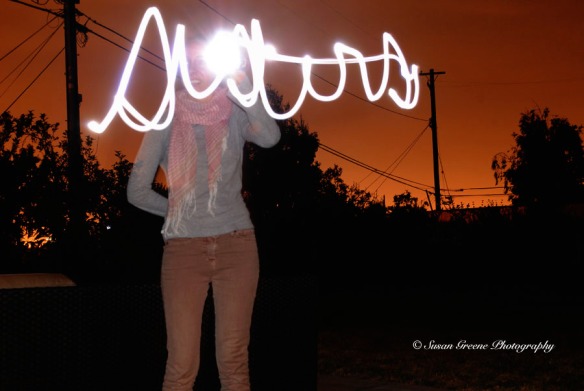 Discovering something new is exhilarating, even if it is only new to you. It was my experimentation with the slow sync flash mode that led to a recent exhilaration. The slow sync flash mode allows a longer shutter speed to be used with flash. This creates the opportunity to gather more ambient light and also have the subject be in focus. This also makes it possible to see light trails.  I grabbed my most willing subject, a couple of flashlights, my camera and a tripod, and headed to the backyard one recent night. I envisioned the backyard daughter with some lines created next to her by her moving the lights around. We did that and realized there was enough time to try to write a word. 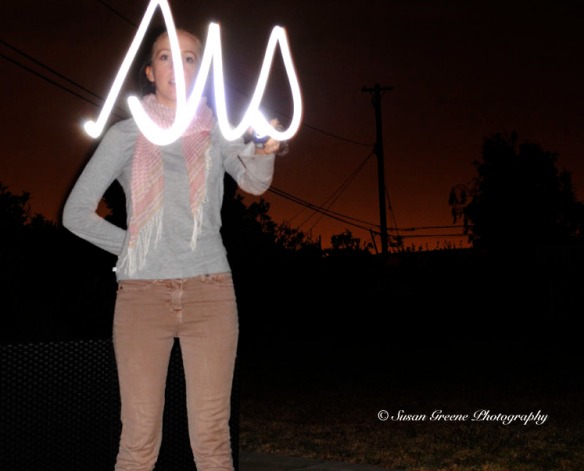 The first attempt time ran out and the shutter closed before she was able to complete the word. But after readjusting the settings – making the aperture smaller therefore creating the need for a longer shutter speed, there was plenty of time. 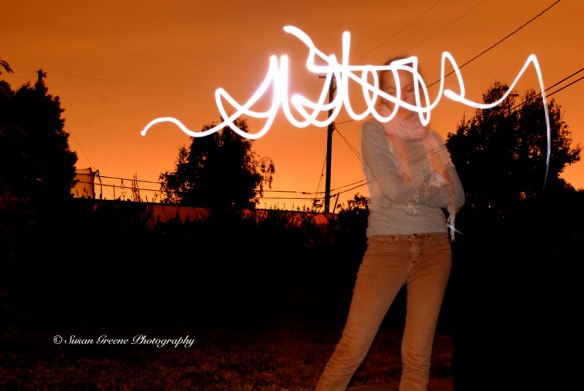 The first few times she wrote the word so that she would be able to read it (from her left to right or backwards for me) and I flipped the photo in Photoshop in order to be able to read it correctly. Then, she wrote backwards when we realized there was an abundance of time for writing. This very same daughter used to write messages in the steam on the shower door, backwards! We had such fun playing around with the lights and were delighted by how well it came out. Most cameras have a slow sync setting for the flash. I highly recommend checking your camera for it and getting shooting, signing off with a flourish. . . 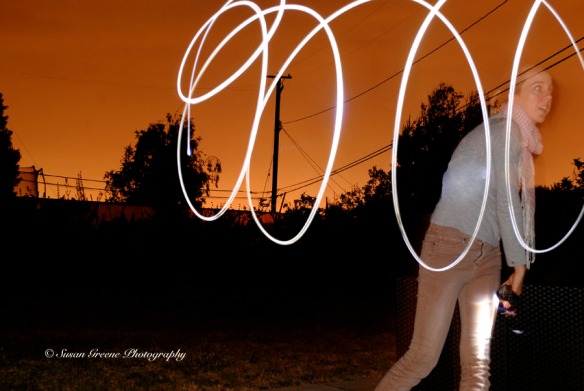